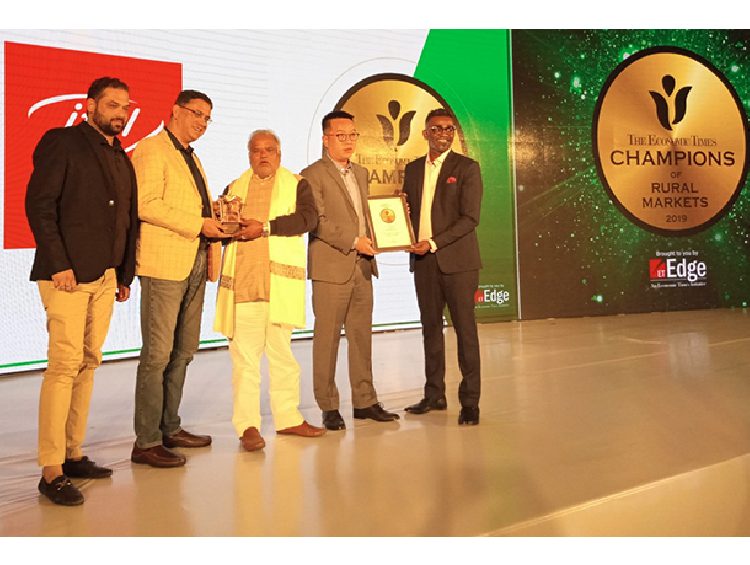 The India smartphone shipments reached highest ever despite economic slowdown with 10% YoY in Q3 2019, according to the latest research from Counterpoint’s Market Monitor service. The growth was driven by new launches, discounts and various pre-Diwali sale channel fill by all the leading smartphone brands for the Diwali festive season.

Commenting on the market dynamics, Karn Chauhan, Research Analyst, said, “The India smartphone market grew double digits reaching a record 49 million units in Q3 2019 offsetting the ongoing economic slowdown in other sectors. Given maturity of smartphone users in terms of digital content consumption, commerce and communication, the smartphone has become central to people’s lives taking a priority in terms of their share of wallet. Further, the smartphone brands continue to expand their product portfolio with attractive advanced features from quad camera to full view display to fast-charging larger battery for the mainstream and the mass market. As a result, this holiday season, we estimate the demand for smartphones will supersede other categories despite uncertain economic climate.” Commenting on the competitive landscape, Anshika Jain, Research Analyst at Counterpoint Research said, “The smartphone shipments reached a record-level, now accounting for two in three mobile phones sold. This was mainly driven by the spree of pre-festive season launches, aggressive marketing and incentivised channel strategy to maintain sufficient inventory to cash in on the festive season. Chinese brands Xiaomi, vivo, Realme and OPPO reached a record sell-in levels in Q3 2019. The growth and maturity of online channels from serving more zip codes than ever coupled with greater customer service, attractive promotions from discounts to cashback to EMI and exchange offers will be pivotal in driving smartphone sales during this festive season and also taking a large share from the offline channels.

While the smartphone market registered double-digit growth YoY, the feature phone market witnessed a steep decline of approx. 37% YoY due to the slowdown in the new shipments from Reliance Jio as the operator was focused on clearing the older JioPhone inventory ahead of Diwali season. As a result, the players such as itel, Lava and Karbonn registered positive annual growth despite the overall segment declined. In fact, itel emerged as the number two feature phone brand in Q3 2019.

• Xiaomi recorded in highest ever shipments with a 26% share. Its shipments grew 7% YoY driven by good performance of its models in the online segment. Redmi 7A, Redmi Note 7 Pro and Redmi Note 7S were the best performing smartphones for the brand.

• Samsung shipments declined by 4% YoY,however, it has shown 3% growth QoQ driven by its budget segment device Galaxy A2 Core and its upgraded A series and M series (A30s, M30s, A10s, A50s and M10s). Samsung registered sequential as well as annual strong in the premium segment due to the introduction of Galaxy Note 10 series in the third quarter.

• Vivo reached its highest ever share in the India smartphone market driven by good performance of its mid-segment series (vivo S1 and Y17) and increased focus towards the online segment with its recently launched devices U10, Z1X and Z1 Pro.

• OPPO grew 12% YoY, due to demand for its budget segment device A5s and steady performance of its F11 series.

• Realme also recorded its highest ever shipments and is the fastest growing brand registering a 6X growth as compared to last year when it entered the Indian market. Driven by an attractive spec and design focused mid-tier portfolio and aggressive online channel strategy, promotions, Realme saw consistent growth in the market since its entry. Towards the end of the quarter, in September, Realme race to third largest brand with strong sell-in into the channels ahead of the festive season. Realme C2, Realme 3i and Realme 5 series were the best-selling devices for the brand in Q3 2019.

• itel grew 40% YoY driven by strong offline expansion, focus on upgrading its affordable series with new features and localized marketing strategy. itel was the number one smartphone brand in less than ₹5000 (US$ 70) retail price segment in offline channels.

• Transsion group (itel, Infinix & Tecno), together was ranked the number six OEM in the India smartphone market during Q3 2019 • OnePlus emerged as the number one premium smartphone brand in Q3 2019 with its shipments getting almost doubled as compared to last year driven by its newly launched device OnePlus 7T and discount offers on its OnePlus 7 series.

• Apple made an entry into the top ten smartphone brands due to price cuts on XR model along with good channel demand for of its newly launched iPhone 11. The comprehensive and in-depth Q3 2019 Market Monitor is available for subscribing clients. Please feel free to contact us at press@counterpointresearch.com for further questions regarding our in-depth latest research, insights or press inquiries. The Market Monitor research is based on sell-in (shipments) estimates based on vendor’s IR results, vendor polling triangulated with sell-through (sales), supply chain checks and secondary research.